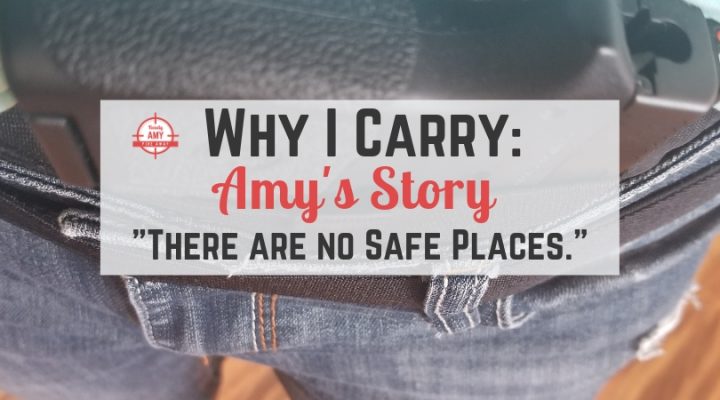 I was raised around guns in a hunting family. My father made sure we understood the rules of firearms safety and that we all knew our way around a long gun.

Then I married into a family of not only hunters, but law enforcement officers. If you thought guns were part of life as a kid? Oh, honey. Now it was the real deal.

I stuck with hunting and target shooting, long guns only. When my hubby said, “so, how about you try shooting a handgun?” I was hooked. However, it was just for plinking away at targets at the family cabin.

Y’all, it wasn’t ever going to be anything more than that.

I actually got my permit to carry with no intention of ever carrying concealed. When I announced I wanted to try bear hunting, my husband announced he’d like me to be able to legally carry a loaded handgun while on my ATV checking bait stations deep in the northwoods. I successfully obtained my permit to carry and a super sweet Sig P320 that I named Fat Amy, but never intended to carry for any other reason than protection in the deep woods of Northern Minnesota.

So, Amy. What changed that?

It was the Church Incident that put everything in perspective for me.

One random Sunday a few years back, an unfamiliar face walked into our small town sanctuary at the beginning of service and started spouting obscenities at the congregation and God Himself. He was angry. And he was completely freaking out.

Upon realizing the potential danger, people started exiting the sanctuary very quickly, but my youngest son and I were two of about ten people who ended up stuck in the sanctuary with the angry guy.

More than a couple of us wondered what was in the bag he was carrying, and as one of the congregants struggled to get the bag off the guy, I focused my adrenaline induced tunnel vision on whether I could see the bulge of a gun anywhere else on him.

Understand this. No one knew him. No one knew why he was there. And he was angry and not making any sense. He was fighting with the people who were trying to calm him down. And if he’d had a gun and ill intent, he could have shot every person left in that sanctuary before anyone outside the church walls knew what was happening.

The next person asked me what would we have done if he had a gun?

And my head swirled. I went home and recounted what details I could remember and asked my husband (who had been home, getting ready for work) how he would have handled the situation.

We had a big discussion. And the next thing I knew, I was researching options for a smaller-than-Fat-Amy gun to carry.

Note: I think it’s important to point out here that in the situation at church, there really was no reason to pull a gun. Please don’t unholster your gun simply because there is an angry stranger in your presence. I do believe that in the Church Incident, pulling a gun would have escalated that situation to ridiculous heights.

But had there been a reason to pull a gun? As in, if the angry stranger had opened fire in our church?  To my knowledge, there wasn’t anyone in that sanctuary who would have been able to answer that call.

And yet, I had a valid permit to carry hanging out at home with a P320 that I only brought into the woods.

There are no “safe places”.

I’d love to say as a firearms enthusiast and someone who loves to go to the range, that I just inherently knew that carrying was a good idea. But it took being thrown out of my comfort zone —in a place that was supposed to be safe—for me to consider the fact that even in small town Minnesota, stuff happens.

And I should be prepared for it.

Why I Carry is a female written series about making the decision to carry. If you’d like to share your story (or any other topic that has to do with firearms) check out my writers’ guidelines. 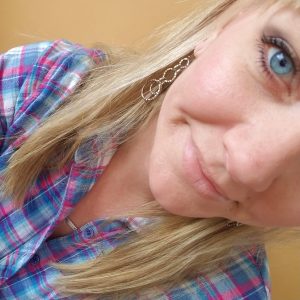 I drink coffee. I shoot guns. Yup, I’m that kind of girl.

I’d love to help you learn more about guns: whether it’s for carrying, hunting, or target shooting. Ready, ladies?

Where to Find Me

New on the Site

Ready Amy Fire Away is a participant in the Amazon Services LLC Associates Program, an affiliate advertising program designed to provide a means for sites to earn advertising fees by advertising and linking to Amazon.com.

Ready Amy Fire Away accepts forms of cash advertising, sponsorship, paid insertions or other forms of compensation. Ready Amy Fire Away is compensated to provide opinion on products, services, websites and various other topics. Even though Amy Dingmann, owner of Ready Amy Fire Away, receives compensation for some posts or advertisements, she will always give her honest opinions, findings, beliefs, or experiences on those topics or products. The views and opinions expressed on this site are strictly those held by Ms. Dingmann.